Joanne Dooey, new SPAA president
Meet Joanne Dooey; she's the first Scottish woman to take up the 98-year-old organisation's top role after two years as vice-president, but her association with the SPAA goes back more than 15 years.

Despite only having assumed the position in December last year, Dooey has already launched the SPAA's Sparkle Awards to reward front-line agents across 10 categories.

"It's something I wanted to do because I know what it's like," said Dooey. "You sell holidays and work hard, and your company might get an award, but you -- as an individual -- don't."

Line managers can nominate their staff for Sparkle Awards, with the winners decided by a vote of the SPAA's associate members. An awards ceremony will take place in September in Edinburgh.

Dooey is also planning to launch an SPAA scholarship to encourage more young people into the industry. Agents can apply for funding to train a 16- to 18-year-old school leaver for a year.

"Hopefully we will get some youths into the industry because a lot of people have left or retired, and young blood -- especially in retail travel -- is important to keep up to date," said Dooey, who worked for Lunn Poly, Going Places, Thomas Cook and Co-operative Travel before setting up Love to Travel in 2014.

She stressed the relationship is mutually beneficial, with youngsters getting insight from experienced experts and agents gaining new perspectives on issues such as sustainability and technology.

Under Dooey's lead, the SPAA is also aiming to raise £5,500 for a Planeterra Foundation project to help women in Dubrovnik. "Empowering women in the workplace and becoming self-sufficient are close to my heart," said Dooey. "If you look back at the history of the SPAA, it will celebrate its 100th year anniversary in 2021, but for the first 40 years, the SPAA was male-dominated.

"It has come a long way and it's a different world now. But this is strong in my heart because I am female from a working-class background." 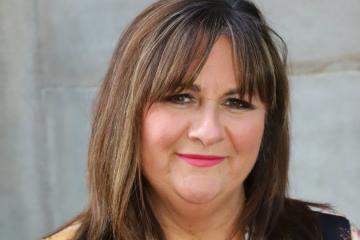