ON 6 February 1969, David Lurie told a psychiatrist at Haverford State Hospital in Pennsylvania that he had been hearing voices. "Hollow", "empty" and "thud", they said.

The voices were the only symptom experienced by the otherwise healthy 39-year-old copywriter. After an in-depth interview, in which Lurie was asked about his family life and two children, he was diagnosed with schizophrenia and hospitalised.

Yet all was not as it seemed. David Lurie didn't exist. This was, in fact, an alias for psychologist David Rosenhan of Stanford University in California, who went undercover with seven other "pretenders" to test whether psychiatric staff could distinguish sanity from insanity.

Published in 1973, his study contributed to an erosion of public faith in psychiatry, a mistrust memorably portrayed in the 1975 film One Flew Over the Cuckoo's Nest starring Jack Nicholson. Rosenhan's work held up for scrutiny the often harmful nature of psychiatric hospitals and galvanised a growing movement to shut the large ones and replace them with smaller, community-based mental health centres. In its wake, "psychiatrists looked like unreliable and antiquated quacks unfit to join in the research revolution", says psychiatrist Allen Frances, formerly at Duke University School of Medicine in North Carolina.

Rosenhan's paper was "one of the most influential pieces of social science published in the 20th century", says sociologist and historian Andrew Scull at the University of California, San Diego.

But it wasn't all it seemed. After spending six years investigating Rosenhan and his famous work, I believe he may have carried out ... 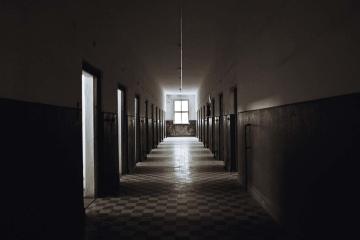