Despite its size and capital status, Madrid was often overlooked by those heading to Barcelona and the coast. But it emerged from Spain's economic downturn with its head held high and a renewed appetite for inventive menus, opening up new green spaces such as the Madrid Rio, and fresh-faced arts hubs. Plenty of hip cafés, yes, like the ones on Calle Ponzano, but also those family-run joints that have endured for decades---where it's possible to chow down for a handful of euros. Rather than meeting it head-on, it's best to approach it through its different barrios, all with different characters, from upscale Salamanca to unbuttoned Chueca and multicultural Lavapiés. And to really feel part of the scene, step out on "La Marcha," hopping from one vermouth bar to another all evening long and making friends along the way. Find all the best spots to eat, play and stay in our full Madrid #CityGuide---link in bio. 📷: @andreannu 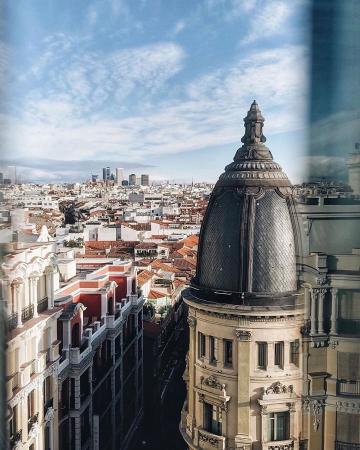