The giants of online travel with strong balance sheets will almost certainly survive the coronavirus crisis but will they emerge a little kinder? Pamela Whitby reports

The howl of pain being heard across the travel industry as coronavirus wreaks havoc is indisputably louder in certain corners. Hardest hit have been the suppliers of travel and hospitality.

In Europe, Robin Rossmann, MD of researchers STR, told a webinar hosted by hotel tech firm Mews, 40,000 hotels have closed. For those still open, if they have not been converted into hospitals or hostels for the homeless, occupancy rates have fallen off a cliff. Pointing to China for some 'positive' news, he said that 40% of closed hotels have reopened but occupancy has doubled from 10% to a mere modest 20%.

But even the online giants, dominated by Booking Holdings, Expedia and the growing travel empire of Google, are hurting. Their business depends on healthy travel supply - in 2019, for example, 69% of Booking Holdings revenue came from travel commissions. CEO Glenn Fogel sounds worried. In a letter to employees, he writes: "The impact of COVID-19 is more than all the previous disruptions [9/11 and the 2008 crash] I mentioned combined."

Fogel is already looking for ways to cut costs. He warns that every one of the group's 26,000 employees "has a responsibility to contribute to our cost-saving efforts and be as efficient as possible".

A view from the financial markets

Always ready to take a contrary view (there may be money in it!), the financial markets are looking for glimmers of light! And, a few clicks of financial analysts' calculators show eye-watering cash flow and resilience in some of the industry's majors.

A favourite is Fogel's company, whose brands include Booking.com, Kayak, Priceline, Agoda, Rentalcars and OpenTable. Under the sub-head of 'Fortress Financials' the Seeking Alpha investment websitepoints out that Booking has "$11.7 billion of cash, short-term investments and long-term investments... "

Even more resilience comes from its business model which "has so few operating expenses, the company practically runs itself...that is, the company only pays those expenses if it generates revenue from that marketing. So, if revenue goes to zero, so does this expense."

Always ready to take a contrary view (there may be money in it!), the financial markets are looking for glimmers of light!

It continues: "Booking Holdings can easily trim or outright cut personnel (though we hope that doesn't happen)."

For the moment, Fogel is making the right noises. In his letter to employees he praises IT teams, and the customer service staff dealing with "enormous volumes" of queries in its two-sided marketplace. However, as travellers scrabbled for to cancel bookings, both Booking and Expedia took a unilateral decision to compel hotel to issue refunds, creating tension between so-called partners. (More in CitizenM, Interlude, Sokos Hotels: 3 European hotels trying to stay afloat .)

As one independent hotelier, who preferred not to be named, puts it: "What they [the OTAs] put through the PR machine is one story but the reality is that if you are two minutes behind in making payments their finance guys are chasing rather than lending a helping hand."

The hoteliers, many of whom already hand over 15-30% commissions to the OTAs, are left with assets to maintain and high fixed costs, while coronavirus travel restrictions slashes revenues. Tata Crocrombe, an hotelier who has closed his resorts in the Cook Islands, puts it like this: "If you mothball a hotel it is very, very hard to restart, particularly in the tropics where things can deteriorate very quickly."

Booking, on the other hand, as Seeking Alpha analysis puts it, "has so few expenses that even if it has no revenue for the next year at all -- as in zero -- it still has the giant cash hoard."

Another 'survivor' in Seeking Alpha's eyes could be metasearch engine TripAdvisor, which also has a healthy balance sheet with "no debt, suggesting it can withstand the current challenges with no liquidity concerns".

Less well placed though is Expedia, according to Goldman Sachs analyst Heath Terry, as quoted on website MarketWatch: "Expedia will manage its balance sheet by cutting marketing costs and accelerating a reduction in headcount, and negotiating debt covenants, among other things." However, "he is worried that the company's actions could hinder its competitive positioning."

Few will disagree that post-coronavirus the travel industry will never be the same again.

As shares plummet, analysts are taking their usual long-term view and are on prowl for bargains. As Seeking Alpha comments: "There is a thought that some pent-up demand can lead to a surge in activity when the virus threat is eliminated."

The question, however, remains: who will survive to take advantage of any uptick in hospitality. Many hotels won't (there are already too many), nor will the innovative start-ups that have emerged recently to challenge the status quo in hotel distribution. Hotel tech and data integrator Impala may be one of the lucky ones. It recently secured $20 million in a series B round from Lakestar, (backers of Airbnb and GetYourGuide), and founder and CEO Ben Stephenson is now waiving charges for customers with fewer than 200 employees, prompting other companies to follow. Blockchain-based travel distribution platform Winding Tree, for example, has announced a zero-fee market place for the industry, enabling a direct connections between distributors and suppliers.

As Stephenson explains: "We want to make sure that when the world returns to 'normal' that these companies are still there trying to make the whole experience better for guests and more profitable for hoteliers."

Stephenson, who is in lockdown in Sydney, can't predict what the new 'normal' will look like but he hopes it will be a fairer playing field. "Don't get me wrong, I don't believe that Booking.com and Expedia are the devil incarnate. Marketing budgets have to be spent somehow but the fact that there is only two of them creates this price cartel that drives down prices, for everyone," he says.

In the South Pacific, Crocombe, whose hotels are now closed, is directing his energy into AI innovation, which he believes could halve the cost of distribution (see Why AI might be checking into hotels sooner than you think ). "There will be renewed focus on innovation, particularly in terms of digital marketing and new tech like AI, to significantly improve business efficiency globally, but especially for travel-related businesses," he says.

A good sign is that even now, money is being raised. The Wall Street Journal and international agency Bloomberg, are saying that Sequoia, a top Silicon Valley funder is raising the money for the funds it operates in China, India and the US.

Those calling for a new world order argue that just as Google, Booking and Expedia disrupted the regional wholesalers post 9/11 and 2008, they too could now be disrupted.

The question is not really whether these giants will survive but whether they emerge differently, maybe even a bit kinder? 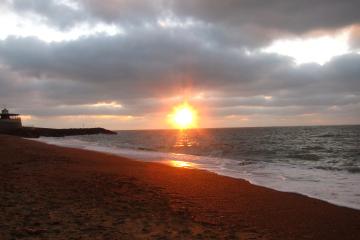