Call to action and a new dawn for hospitality

In the darkness, those fighting for survival are looking for solutions and for glimmers of hope. Pamela Whitby reports

As COVID-19 began its march across the world, grounding airlines, slamming hotel doors shut and wrecking long-planned vacations, many distressed and disappointed travelers have wanted their money back. Travel intermediaries like Booking.com, Expedia and Airbnb, have responded by refunding bookings, irrespective of the terms and conditions agreed with millions of partners, bypassing the hotels guesthouses, villas and homestays, whose money it is.

Airbnb's chief executive quickly understood that guests and hosts had become increasingly riled by its confusing cancellation policies. In the end Chesky chose to side with guests, making the call in April to refund all bookings prior to mid-May. With bookings in Airbnb's 7-million properties down by 90%, he closed his ears to cries from property hosts who have also seen revenues slashed, shelved his plans for a public listing, and took his cap to the market. In this past week, Airbnb has announced a $1-bn debt and equity round from investment firms Silver Lake and Sixth Street and raised a further $1 billion in senior debt.

Although the firm has agreed to paynew investors a super high rate of over 10%, even in these dark days nobody seems to think it is going under. There are encouraging signs in data from Guesty , a firm providing software to short-term rentals companies in 80 countries. It indicates that the market is beginning to improve as city dwellers look to escape coronavirus hotspots like London and New York for longer stays in the country.

Putting on a brave face, Chesky says he expects Airbnb to "emerge from the storm of the pandemic even stronger, regardless of how long the storm lasts." Stronger in character perhaps, but most probably shorter in inventory, given the number establishments that are being forced to close.

The OTAs, the duopoly of Booking Holdings and Expedia, have also elected to side with guests. In a letter from Expedia President Cyril Ranke to hotel partners on March 19thhe writes: "We strongly believe that this is the right thing to do for travellers."

Many hotels, also customers of the OTAs, feel differently. In the initial email from Expedia hotels were given the option of opting out of the automatic refund programme (Booking.com followed quickly without making this early gesture). One hotelier who explicitly opted said what later materialised -- automatic and unilateral refunds - amounts to theft: "The OTAs have distributed money that they held in trust for us without our consent and in their own interests! If these global companies were operating in a single jurisdiction they would be sued." His bank manager, whom he has had to apply to for emergency funding, agrees.

Many hoteliers wished to deal with customers directly, to build relationships and if possible defer bookings to a later date, but this option was not available to guests on the OTAs' website.

Driving Marketing budget has to be spend somewhere while there are zeros bookings currently being delivery via the OTAs, now is as good a time as any to test a direct strategy. "It is very much as emperor's new clothes situation, and a lot of hotels are talking about it. Whether they have the fortitude to go ahead remains to be seen."

Hotels are looking for solutions; fairer platforms or technology partners that help to deliver more direct bookings, which are more valuable in profit terms than four OTA bookings. "We now have the impetus to fundamentally restructure distribution. We need to improve our own product and lower prices for guests, while actually making a profit, instead of handing over $100-billion to Google, Expedia and Booking.com, while the international travel industry barely scrapes by," says one frustrated proprietor.

Bidroom is one OTA platform that has waived fees for hotels in 2020 and is seeing a surge in interest. COO and co-founder Michael Ros says new sign-ups are clearly unhappy with the way they have been treated by the OTAs. His company is seen as a fairer and more sustainable business model; travellers pay a recurring subscription fee, while hotels only pay a small fee for bookings actually delivered.

We now have the impetus to fundamentally restructure distribution

Plug-in tech solution Triptease has been helping hotel websites to show OTA prices next to their own since 2013, while awarding winning start-up Mews , founded by formerly frustrated hoteliers, is one delivering property management with a difference.

As domestic markets will recover first, hotels may also consider identifying smaller online travel firms that understand a particular market niche, or niche in their market -- the corner shops of the Internet. For example, UK-based Sawdays , a subscription-based service which vets and showcases 'only the most special hotels', CryptoCribs , the crypto-geek blockchain-based answer to Airbnb, or Fairbnb , a cooperative accommodation booking platform that promotes and funds local initiatives. They might also look more closely for OTAs that sell distressed inventory like Secret Escapes or Holiday Pirates .

Ben Stephenson, the founder of recently funded hotel data integration firm Impala , explains the issue: "If I launch a new OTA, I have three options: to resell, for example, Booking.com's rates at a massive loss, sell wholesale rates, which the hotels hate, or go directly to the hotel," he says.

The latter is best because the new OTA can negotiate its own deal to access hotel inventory. However, this is time-consuming and technically challenging and a gap that Impala, which has also waived hotel fees, is aiming to fill.

Change of the emperor

Whether the Coronavirus crisis will prove to bring a fundamental restructuring of the hotel distribution landscape remains to be seen. Given the current status quo, some do not believe a direct only strategy is realistic.

After all, Expedia and Booking.com, which deliver a seamless search experience, do have a loyal and returning customer base. These customers believe they do the job of securing a fairly priced holiday, and they may be even more loyal now that even their non-refundable bookings have been repaid! Booking Holdings, in particular, a favourite with investors because of its strong balance sheet, is well placed to ride out the storm, even reinvent itself if needed.

With tongue in cheek Stephenson puts it like this: "I'm sure Artisanal Soup Companies in the UK would love to stop selling via Tesco but realistically that's where the customers are."

There is no sector darker that the travel industry right now. But one hotelier, who preferred not to be named for fear of reprisals, believes this is the time for action: "There are no bookings coming from OTAs at the moment so now is as good a time as any to test a direct strategy."

Still, even he is not convinced: "This is, however, very much an emperor's new clothes scenario, and although a lot of hotels are talking about it, whether they have the fortitude to go ahead remains to be seen." 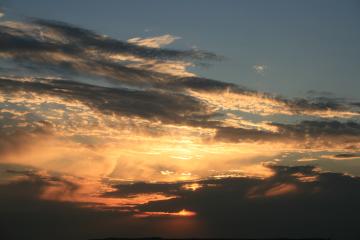