Though the United States was once a global leader in the development of high-speed train infrastructure, today the title has scattered to cities in China and throughout the European Union where governments have invested in public transportation systems over the automobile. One recent development that will potentially bring America back to the fore, however, is a 170-mile-long, high-speed train between Las Vegas and Southern California that’s slated to start construction next year.

Developed by Virgin Trains USA , the $4.8 billion rail line will be placed in between the Interstate 15 highway lanes, from Victorville, California , to Las Vegas Boulevard between Blue Diamond and Warm Springs roads in Las Vegas, Nevada . According to Tina Quigley, vice president of business strategy for the company, the build-out will begin on the western end in California. She told the told * Las Vegas Review-Journal * that contractors will likely begin work “in about five different areas when construction starts” and that “those five areas will probably be in California.”

A section of the track stretching 35 miles will run through Southern Nevada and is expected to begin construction in 2021. Virgin is basing much of its design strategy for the project on a previous, 70-mile system completed by the company in South Florida between Miami and West Palm Beach.

Though the project cannot begin until it receives a “record of decision” by the Federal Railroad Administration , Virgin has already begun securing equipment and materials, according to Nevada’s Department of Business Director Terry Reynolds. The company received an additional boost last month when the state of California approved a $3.25 billion bond request to support the project. If all goes according to plan, construction on the route will break ground in the second half of 2020 and be completed in 2023. 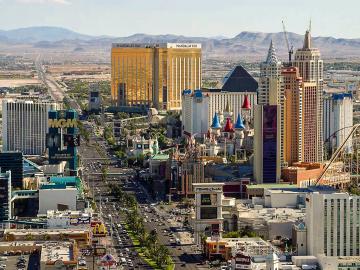